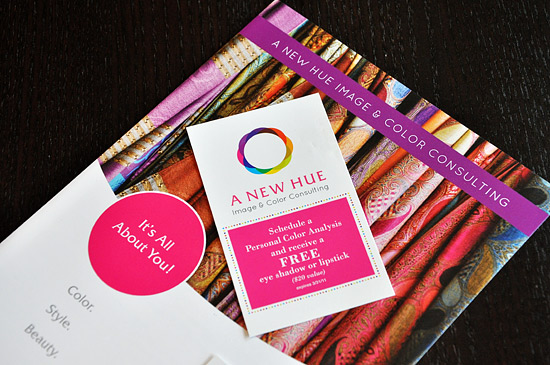 Who knows what color analysis is?

If you answered It’s the process of finding colors of clothing and makeup to best suit a person’s natural complexion, you drop-dead gorgeous blogger, you’re right! And darned observant to boot! Congratulations!

If you said It’s the analysis of color, duh, you’re my mouthy sarcastic teenager! Congratulations! Now go clean your room.

A couple of months ago I won a free color analysis from A New Hue on Facebook and I did what I always do when I win something which is to holler OH MY GOD, I WON SOMETHING! I NEVER WIN ANYTHING! And then I immediately forget all about whatever it is that I won and instead, I go buy lottery tickets for the next two weeks straight and never win a cent and then I do what I always do whenever I don’t win the lottery which is to holler LIFE SUCKS! I NEVER WIN ANYTHING! And then I cry like a baby and resign myself to the fact that we will never, ever, ever afford hardwoods throughout our house and somehow that leads to my decision that grocery shopping and laundry and general housekeeping isn’t worth doing whatsoever if we’re stuck with rugs that always look like shit and then we wind up living in squalor with filthy, stained carpets for the next few months until I get over myself.

God, winning stuff is just so mentally exhausting. I try not to do it very often.

Julie Allen, owner of A New Hue, contacted me and we set up an appointment to get my colors done and I asked her if she had time for sad story and before she could run screaming for the hills, I told her that the last time I had my colors done was almost twenty-five years ago when I wound up chasing a 300 pound shoplifting heifer around the mall and through the parking lot and I testified at her trial and for my trouble, the store owner offered me a free color analysis and a kelp shake. OHMYGODTHANKYOUSOMUCH. As a twenty-year old single woman at the time, it was a tremendous relief to know that if I wanted to look my best when I was gunned down in a drive-by shooting by a herd of pissed-off heifer cousins, I should wear a deep, rich, jewel toned blouse to bring out the luster of my dead skin and that the scarlet blood oozing from my gaping head wound would coordinate nicely with the bright yellow police tape.

Then I told Julie that I vomited up the kelp shake in the parking lot and ruined my favorite shoes and this pretty much traumatized me for life and for the next quarter century, I wore either black or white tops only and, starting in my forties, paired them with my faded, old, stretched out, aqua-colored yoga pants from the eighties that I now wear almost daily around the house, the same ones I happened to be wearing right at that moment, as a matter of fact!

Julie said something about mine being a very sad story indeed and then she told me that both of her toilets had stopped working that morning. That made me put things in perspective so I stopped feeling sorry for myself, threw my fashioned challenged ass in the car and drove it to her shop. I decided not to stuff it into my faded, old, stretched out, aqua-colored yoga pants beforehand because honestly, two backed-up toilets was already more suffering than any one human should endure. 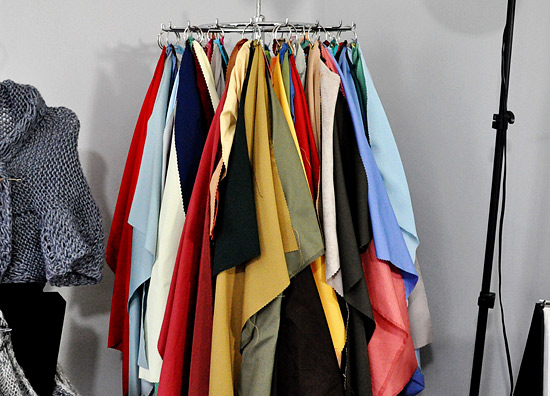 Twenty-five years ago, the color consultant threw a few swatches of material on me and called it a day. The whole thing lasted about ten minutes, just long enough to confirm that I was young, single and hot and could not possibly have cared less about what color I was wearing so long as it was short, looked good with hooker heels and scored me free drinks.

Now I’m almost 44, married and ten degrees below tepid and the last time I got a free drink was when I budged the little kid out of the way to get the last orange juice sample from Wegmans. I can fully appreciate the benefits of a comprehensive color analysis now because with age comes wisdom. And bipolar skin that doesn’t know what the hell it’s supposed to do anymore other than hang out on my skeleton, pucker and try to keep my bones from falling out of my body and making a mess on the floor.

Color analysis has come a long way in the last twenty-five years. The photo above shows all the color swatches Julie tried on me. Between those and the makeup consultation, I was in her shop for over an hour. That’s sixty minutes of attention paid solely to me. That’s about fifty-nine more minutes than I’m used to. 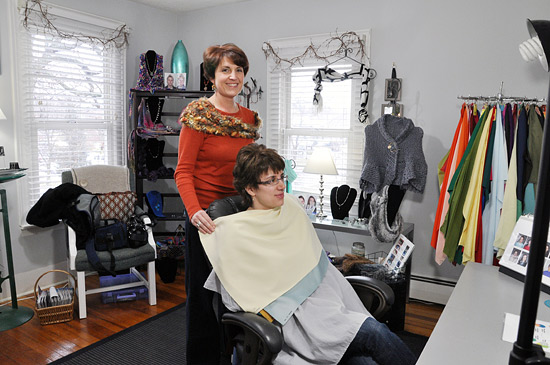 If I look a little nervous here, it’s only because Julie had just finished telling me that this color made me look as if menopause had crawled up my neck and was busy making out with my face.

In fact, she’s probably telling me to shut the hell up at the moment.

For someone who wears black and/or white 99.99% of the time, I was quite surprised by how much a little color around my face could completely change my whole outlook on life. Julie would drape a little olive green on me and I’d be all LET’S GO SKYDIVING! A splash of deep purple and I was all LET’S TAKE STRIPPER POLE LESSONS! A touch of cobalt blue and suddenly, I was all HELL YEAH, PORK CHOPS DON’T SUCK ASS! BET I CAN FINALLY COOK ONE THAT WON’T SUCK EVERY DROP OF SPIT OUT OF YOUR MOUTH! WHO’S WITH  ME?

That last photo? I was telling Julie that the red made me want to go Lady GaGa everywhere and belt out Born This Way atop her table and Julie was closing her eyes and probably wondering why she ever had a Facebook contest in the first place.

I have that effect on people. 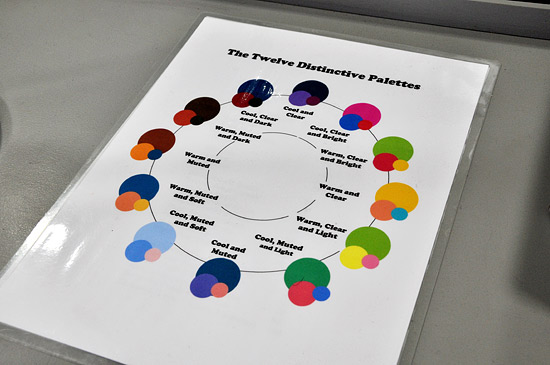 OH MY GOD, GUESS WHAT?

According to Julie’s color analysis chart, I’m actually warm and muted and soft!

Not frigid and loud and hard as nails, like , some have suspected all these years. 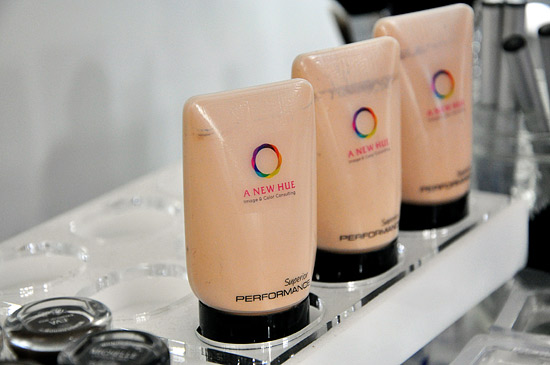 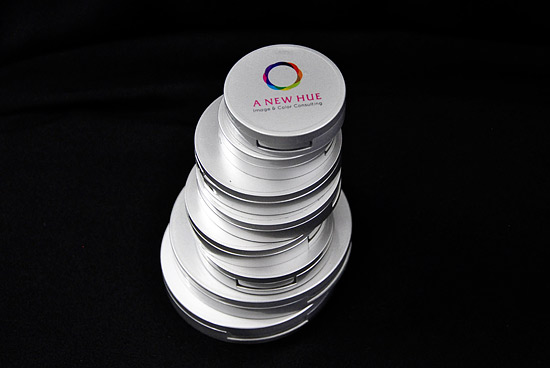 Julie also developed her own makeup line for her business, including foundation, eyeshadow, mascara, blush, lipstick and this eyebrow wax pencil thing that I think was made out of unicorn dung and I mean that in a good way. That thing worked like magic. 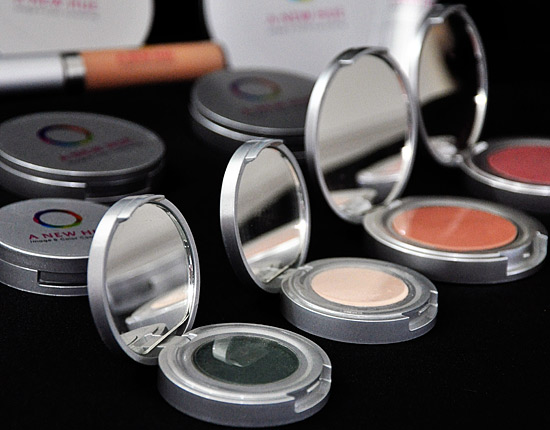 She took quite a bit of time with me, patiently showing me how to apply foundation and eyeshadow and blush, explaining which colors best accentuated my features and which ones to avoid because they made me look like three day old road kill.

Surprisingly, the three day old road kill look is not as sexy as it sounds.

Although it seems to work for Russell Brand. 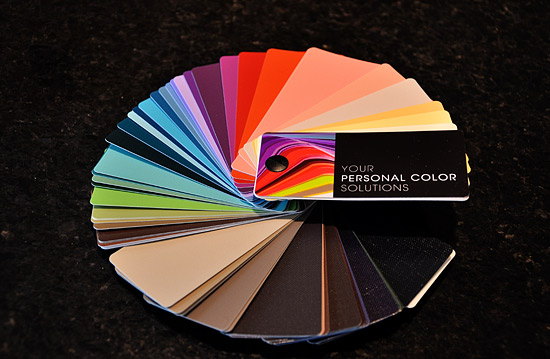 I walked out of my session with my own personal color booklet. In it are all the shades that look best on me.

For the record, white and black are not included in my color palette.

When Julie told me that, I had to sit down and re-evaluate my entire existence.

Then Julie offered me a donut.

For the record, donuts make even the worst news bearable. 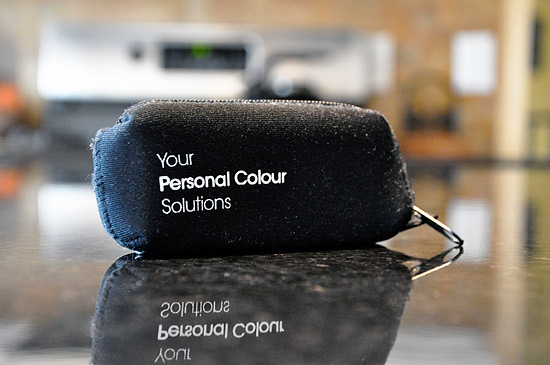 My booklet comes in this cute little zippered pouch. I always have it in my purse so whenever I’m shopping, I can easily whip it out and immediately determine whether a particular color will look good on me. Take it from me, this is much easier than texting a photo to Tim Gunn and asking his opinion, only to have him text me back with WHO THE HELL ARE YOU AND WHY DO YOU KEEP TEXTING ME? STOP IT. 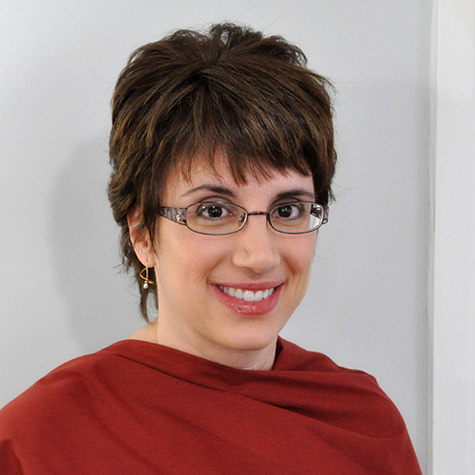 I also walked out of there with this face which is totally different than the face I walked in with and if I had been on my game, I’d have a “before” shot to share with you but I wasn’t on my game because my game got canceled about fifteen years ago due to lack of attendance. 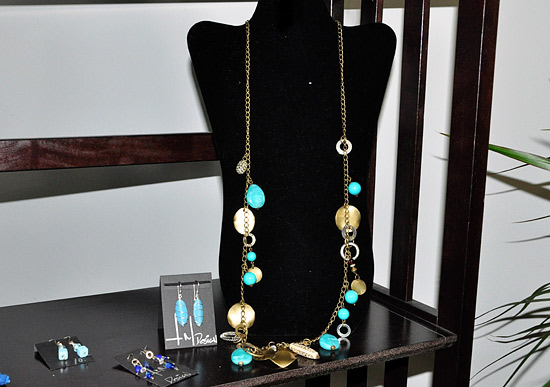 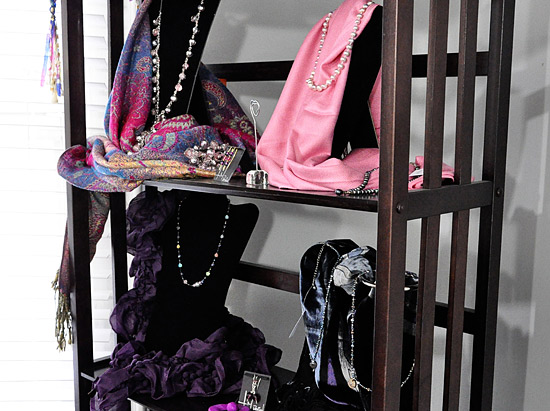 Did you ever watch that episode of Friends where Rachel’s sister visits? The one where she goes shopping against Rachel’s advice and Ross tries to cover for her and takes responsibility for buying a pashmina? And Rachel calls him on it and asks Ross what a pashmina is? And Ross says it’s a rug and everyone is super skinny except Phoebe and Joey is a man whore?

Everything I ever needed to know about life I learned in kindergarten or on Friends. 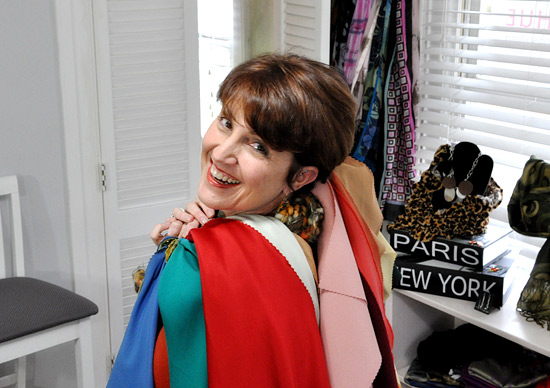 This is Julie, owner of A New Hue. She’s funny and smart and knows her stuff. In a little over an hour, she made me laugh and feel comfortable in my own skin and convinced me that I was actually worthy of a little personal attention, a concept that often falls to the wayside and very nearly topples off a cliff when you’re a mom. 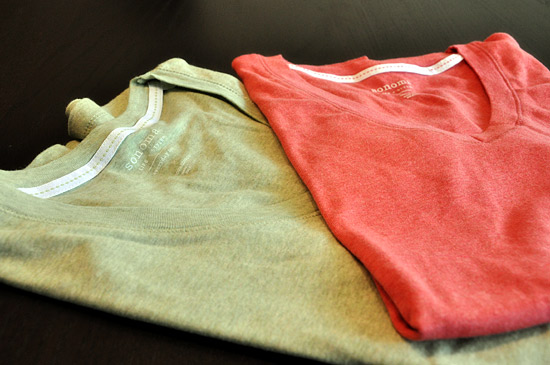 And as of last week, these are hanging in my closet! And by hanging in my closet, I mean they’re on my dresser because I’m lazy. I’ll hang them up when I get a minute, which should be right around the time the current season of Real Housewives of Orange County wraps up and I can drag myself off the couch and away from the TV without worrying that I missed some spectacular, skankified, botoxed, boobed-out smackdown extravaganza that everyone will be talking about on Twitter under the hashtag #AndyMissesAllTheGoodShit.

I used my handy dandy personal color swatch booklet to buy these shirts! And it’s been a whole week and I haven’t yet returned them! And just yesterday I cut the tags off of them! And best of all, they make me look alive and healthy and not so much like a perimenopausal vampire!

Thanks, Julie! You are totally responsible for my enthusiastic overindulgence with the exclamation point today!