Happy Father’s Day! Someone tell karma we don’t have to plan a date night marathon of Real Housewives next year on Mother’s Day

A couple of weeks ago, I asked Nate what he wanted to do on Father’s Day and when he said he wanted to trek through a swamp and look at nature, I admit that my first impulse was to swab Helena’s mouth for a DNA sample to see if she and I could get out of this whole thing on a technicality.

Then Nate offered to pay Helena $5 for every insect she could properly identify and she enthusiastically agreed.

Then I watched the apple fall about two centimeters from the tree.

Then I reminded myself that Father’s Day wasn’t about me, it was about Nate. Even though without my uterus, he wouldn’t even be a father. But, whatever. 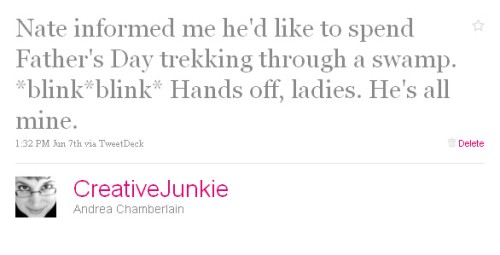 Then Nate told me that he’d like to go for Indian food that night as well.

Then I thought very hard about asking him what exactly I had done that caused him to hate me so much but decided I didn’t want to risk having to listen to a dissertation.

Then I cried myself all the way to Wegmans where I attempted to stock up on sun block, insect repellent and novocaine for my tongue but Wegmans was being a stickler about that last one, citing something about a medical license, the FDA, war on drugs, blah blah blah.

Then I returned home, put on my big girl panties and patiently awaited my bug infested, curry infused fate.

Then yesterday, my sister-in-law suggested we all take in a Red Wings game for Father’s Day.

Then I relayed her suggestion to Nate and held my breath.

Then Nate pretended to ponder and weigh his options.

Then I continued to hold my breath and pretended to act all nonchalant that he was pondering and weighing at all, thereby giving the illusion of not caring whatsoever that I was *this* close to a day void of smelly green chicken, naan and the potential for malaria, all of which is really hard to to do when you’re holding your breath but I did it anyway because my tongue still suffers from PTSD from the last time it tasted naan.

Then Nate smiled with his eyes, then his mouth and said OK, let’s watch some baseball and eat some burgers.

And then I remembered why I married him in the first place. I mean, other than for his amazing opposable thumbs.

Because I knew he’d be a great step dad. 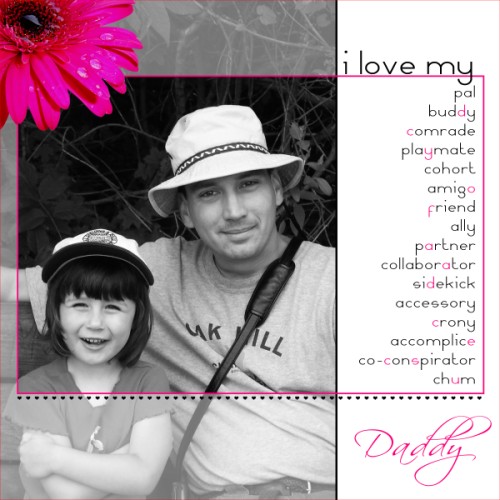 And I knew he’d have great sperm.

8 thoughts on “Happy Father’s Day! Someone tell karma we don’t have to plan a date night marathon of Real Housewives next year on Mother’s Day”