I have the perfect face for radio. And it appears my family may too.

This Wednesday, September 1 at 1:30 p.m., eastern standard time, I am scheduled to make a total ass of myself for thirty long minutes by co-hosting a show on Blog Talk Radio. Liz Nonnemacher from Wickedly Chic will be co-hosting the show right along with me. The show is called Wicked Junkies Episode #1. Neither one of us has done this before but I’m pretty confident that Liz can figure it all out because she’s really smart and doesn’t have to Google “Where is cheese made?” when her kids ask her where Wisconsin is. And since Liz is relatively normal and I am not, the show should only be half-assed. Yay for you!

We’re going to be taking your questions and if we can’t solve your problems, then maybe we can at least make them worse and give you a whole slew of new crap to worry about! It will be like Christmas for really unlucky people. Feel free to leave a comment on this post with your question(s) on any subject and we’ll try to answer them on the show. Just so you know, I’m an expert on putrid bladder infections, big mo’fo’ cold sores and how to get your five pound puppy to poop behind the couch three times a day, four on Thursdays. So if any of these relate to you, bring it on!

Once I get more details on how to listen to and interact with the show, I’ll post them. Right now, I’m waiting for Liz to respond to my 53rd email which says HOLY JESUS IN SANDALS, LIZ! I THINK I STUBBED MY BRAIN.

In the meantime, I thought you might enjoy some shots Helena took with the new point and shoot camera Nate and I gave her for her birthday. 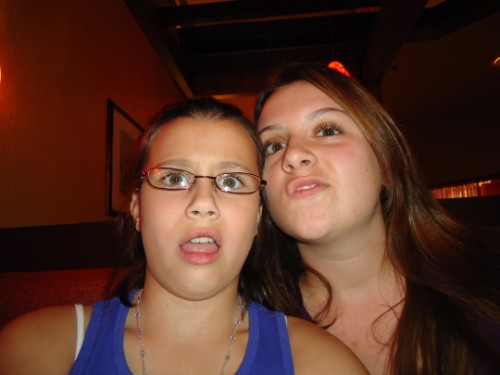 It was money well spent, if you ask me. 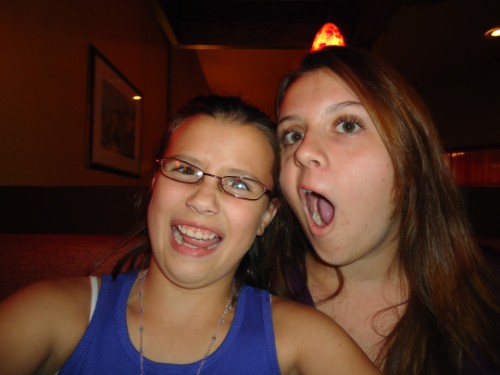 Then again, this may very well be why no one asks me anything. 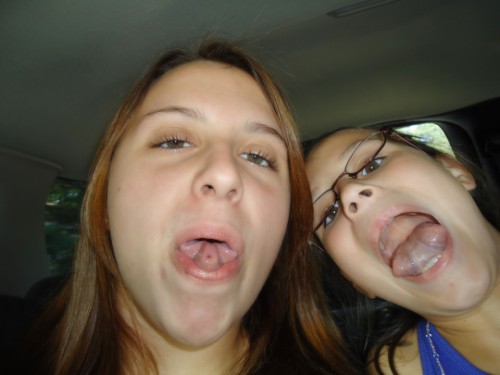 After a two hour dinner filled with wonderful food and abysmal service, I mentioned to my family that I thought it would be a nifty idea if I were to inform the manager on duty that our table service had sucked ass for 120 minutes. When they protested by rolling their eyes to the backs of their brains, I argued my point but eventually compromised in that I would still complain but would forgo the phrase sucked ass in favor of the phrase sucked the big wazoo even though the service did suck ass but still, I would do it and it would be part of Helena’s birthday present. HAPPY BIRTHDAY HELENA, HERE’S ONE LESS SWEAR WORD FROM MOMMY! But at least I was willing to negotiate which is more than I can say for my family, unless you count their argument of OH MY GOD, CAN YOU AT LEAST WAIT UNTIL THE REST OF US GET IN THE CAR? JUST PRETEND YOU DON’T KNOW US as negotiation.

So while I was in the restaurant standing my ground, they were in the Durango sitting their fannies. And practicing their freaky tongue pilates as shown in the photo above.

I’m going to bring this photo with me to the radio show so everyone can see what I have to put up with.

Except it’s radio so no one will be able to see what I put up with.

Darn radio. Why can’t it be more like TV? 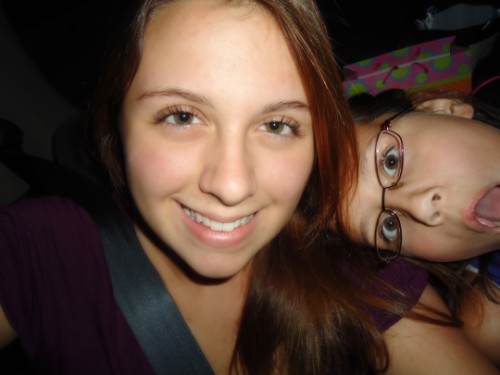 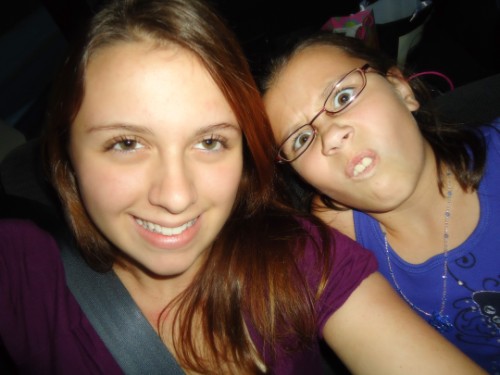 Honestly, I’m looking at these photos of these two and I’m seeing visions of Wednesday’s radio show flashing before my eyes.

I’ll be the one on the left. 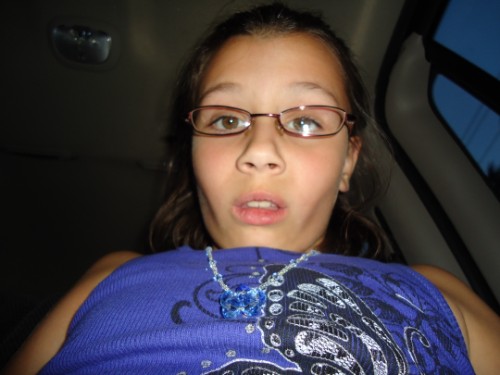 I’m assuming this is Helena’s best impersonation of a strung-out junkie crackhead. I don’t know for sure because I wasn’t there when this was shot was taken. I was too busy standing inside the restaurant, trying to teach my kids a lifelong lesson in not settling for shitty customer service. This lesson would have been much more successful if my kids had actually been around to witness it. 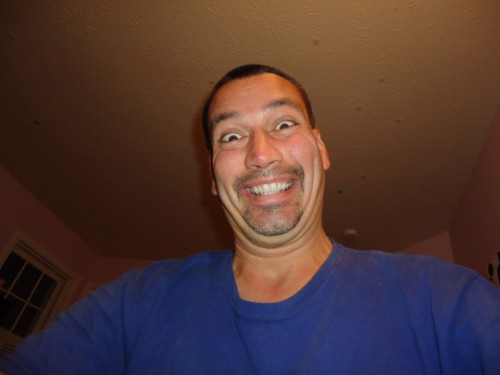 Instead, if our kids grow up looking like refugees from Shutter Island who think it’s perfectly acceptable to play Where’s Waldo with a server for two hours and pay $100+ for the privilege of doing so, I will know exactly who to blame.

11 thoughts on “I have the perfect face for radio. And it appears my family may too.”