If he didn’t actually eat pumpkin, I’d be guilty of slander and libel and writing this post from jail 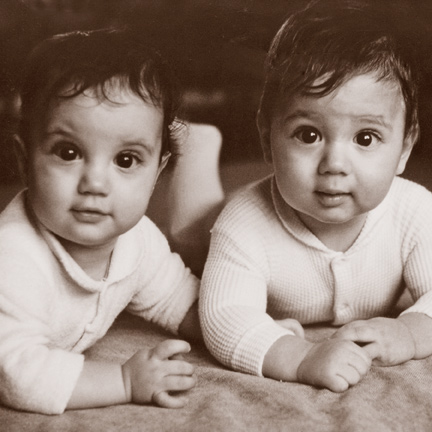 I may have mentioned once or twenty-five times that I have a twin brother. Tino is one minute older than I and I’m pretty sure this is a result of a little in-utero smackdown that occurred 43 years ago when bragging rights to the title Older Sibling were at stake. And while I have no hard evidence, I’m pretty sure Tino distracted me by sitting on my umbilical cord and cutting off my food supply. While I was busy trying not to starve to death, he budged me and the next thing I knew, Dr. Durfee was shouting CONGRATULATIONS, YOU HAVE A BEAUTIFUL BABY BOY! One minute later, Dr. Durfee pulled me out into the world and shouted CONGRATULATIONS! YOU HAVE A STRESSED OUT, TENSE, UNDERWEIGHT BABY GIRL!

And I was all NO SHIT SHERLOCK! TINO’S A BIG FAT CHEATER!

And Tino was all OH SHUT UP, ANDY! YOU LOST FAIR AND SQUARE, YOU BIG CRY BABY.

But all of it came out sounding like WAAAH WAAAAAAAAAAAH WAH WAH WAH and no one in the room spoke Pissed Off Infant which is weird because hello? They dealt with newborns all the damn time, they couldn’t tell when one was telling the honest-to-God truth and one was lying through his toothless gums?

In the end, Older Sibling got to go home with Mom and Dad and I had to go into time out in the neonatal unit for several days so that I could calm down, gain weight and think really hard about the choices I made and the consequences of my actions. 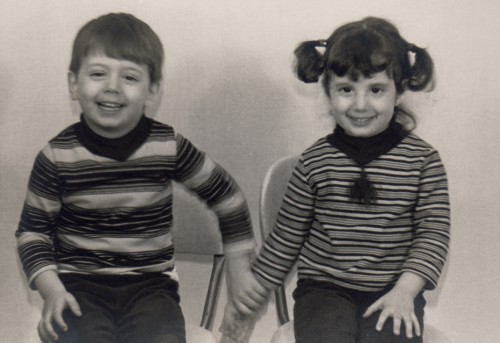 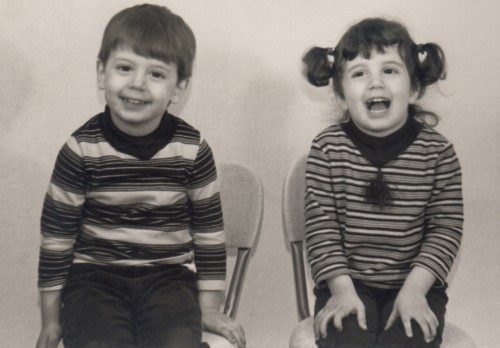 Tino flew in from Vegas for our 25th high school reunion this past weekend and I think the last time we had so much fun hanging out together, aside from the afternoon we removed our diapers and spent our nap time smearing feces all over our cribs, walls and each other, was maybe in these pictures? Circa 1970 or thereabouts? The only differences between then and now being that we’re not slamming vodka shots in this photo and I didn’t have a partial carcass of an electrocuted ferret hanging around my neck at the reunion.

Although, I should probably check Facebook just to make sure. 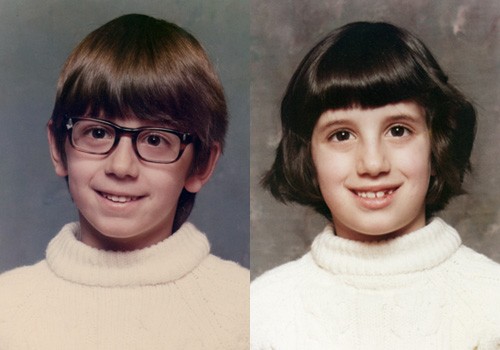 Here we are in second grade. You’ll notice that I have a gaping hole in my mouth and Tino does not. That’s because my tooth was loose and I wanted to put some money away towards retirement so I did the honest, responsible thing which was to tell Dad who then proceeded to tie a string around my tooth and then onto a doorknob and then yank the door open and it was the hardest, bloodiest $0.25 I ever earned. Tino, on the other hand, saw fit to super glue all his baby teeth onto his gums and then let his adult teeth push them out gradually and painlessly and he got the same $0.25 from the Tooth Fairy which he immediately spent by paying Steve Ritter to swallow a live caterpillar.

And I was all WHAT THE HELL, TOOTH FAIRY?

And Tino was all YOU SNOOZE, YOU LOSE, LOSER.

And I was all CHEATER CHEATER FISCALLY IRRESPONSIBLE PUMPKIN EATER. 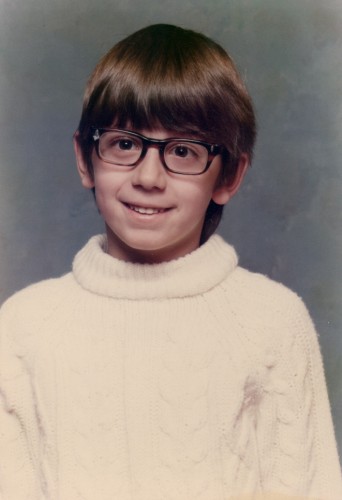 Who knew this sweet little guy  … 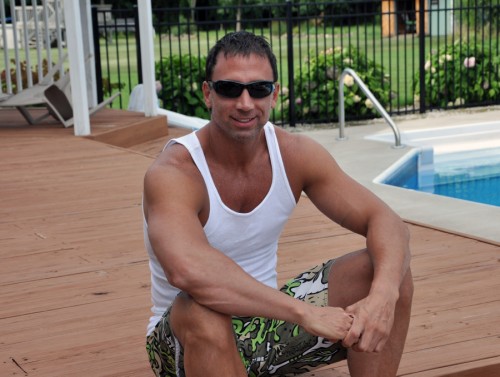 … would one day turn into this sweet big guy?

** We interrupt this blog post for a message from the

He needs to settle down, JESUS CHRRRRIIIIIST.

“Christ” is three syllables and I trill the “R” for no reason other than I can.

All reasonable offers of marriage will be considered, preferably before I die.

Not that he’ll ever be aware of such a deadline, seeing as how

he only calls me once in a blue moon. 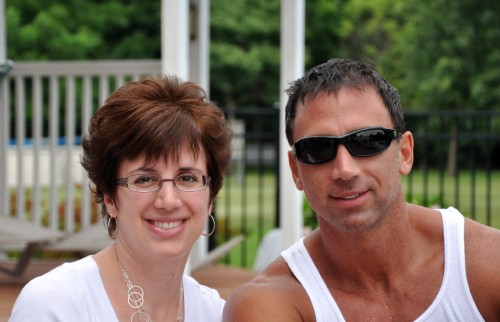 You would not believe how many people ask me if we are identical twins. At first I’m all HAHAHAHAHAHA and then I realize they’re not drunk or bleeding from blunt force trauma to the head. They’re actually serious. Then I simply flash my boobs and drop trow and ask them to form their own opinion.

You can’t fix stupid, no matter how many times you sneeze estrogen and XX chromosomes all over it. 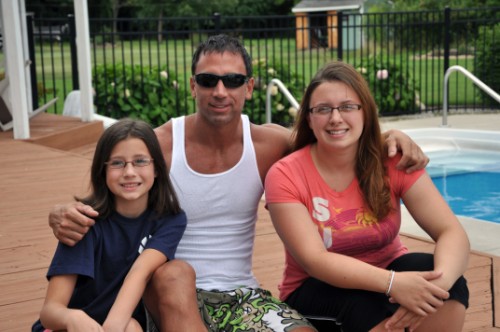 Tino is not used to kids. I know this because the last time he visited, he decided to make conversation with my then seven year old and thirteen year old by telling them how to throw the best parties for their friends and to make sure they threw them on weekends when their parents weren’t home and most importantly, to return the kegs and get your deposit back and then double check the trees in their yard afterward for any wayward underwear projectiles and I had to choke on a potato chip and do the Heimlich maneuver on myself to distract the future generation of America from a life of juvenile delinquency.

Now whenever Tino visits, the rule is that there are to be no conversations that start with the phrase When I was your age or include the words “kegs,” “underwear,” or “lie your ass off to the cops.” 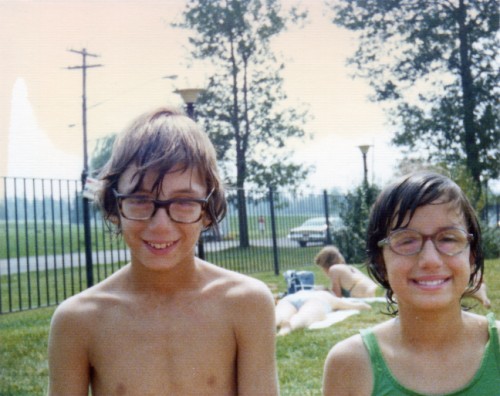 39 thoughts on “If he didn’t actually eat pumpkin, I’d be guilty of slander and libel and writing this post from jail”