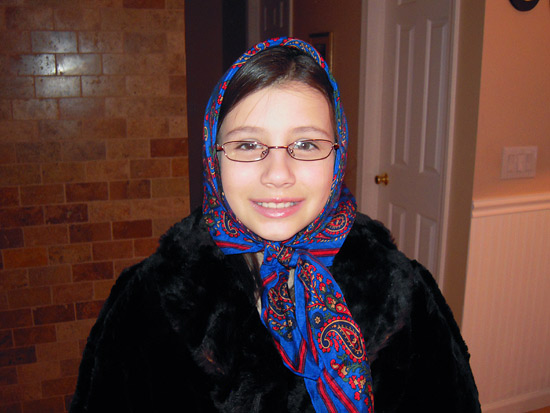 This past Wednesday was Immigration Day for the fifth grade class. The lunch room was transformed into a miniature Ellis Island and at first, I feared that the administration had gone overboard with realism because the stench wafting from a cramped steerage compartment of a ship whose passengers who hadn’t bathed in a month could quite easily be replicated by the scent of an elementary school cafeteria but my fears, much like my weekly intentions to scrub the grout in our shower, were unrealized. I’m fairly certain the ship that carried my mother here from Greece before the start of WWII didn’t smell of Lysol and chicken nuggets.

Kids were dressed up in their best imitation of wretched refuse from teeming shores and parent volunteers manned stations such as currency exchange, interviews, mental assessments, physicals and citizenship tests. At each station, the immigrants were put through a battery of tests, none of which they were prepared for and most of which they failed, as was a regular occurrence at Ellis Island. For instance, the parent volunteers conducting the interviews spoke only in foreign languages. The confusion on the kids’ faces as they tried in vain to provide answers in English to questions posed in Italian was priceless. Also priceless? The volunteer supervising the physicals whose job entailed asking all the female immigrants if any were pregnant and who managed to keep a straight face as 60+ shocked, giggly and somewhat horrified ten-year-old faces peeking out of babushkas slowly paraded by her.

As representatives of the U.S. government commissioned with the task of herding the tired, poor, huddled masses through the smelly, crowded, foreign and hostile environment of Ellis Island, we were instructed to be neither happy nor smiley as we cherry-picked the best and brightest future of America. So as to provide the most realistic experience for a brand, spankin’ new immigrant whose very life depended on whether or not someone had peed in an official’s Cheerios that particular morning, even though Cheerios hadn’t yet been invented, we were told to be terse, abrupt, brusque, cranky and overflowing with PMS.

I just threw that last one in there. I like to put my own personal touch on these things and in my opinion, the bitchiness that PMS brought to the table added a certain oomph to the authenticity of the whole event and as we know, I am all about bitchy oomph, baby! And even though Helena could have stayed home with me on any given morning and experienced all these things up close and personal, she really wanted to dress up in the immigrant clothes she had borrowed from Granny Sue for the occasion.

The immigrants filed into the cafeteria like cattle and lucky for them, I was stationed at the Final Inspection table with two other volunteers and as is the case with anything I’m tasked to do, I gave it my all which equates to 193.67% and OH MY GOD, THE POWER. It’s entirely possible I got drunk on it.

Me: You. Yes, you! Over here. Paperwork?

Young boy (hurrying over and politely handing me his paperwork): Hi!

*trying to arch one of my eyebrows*

Me: We only want smart people in America, you know.

*still trying to arch an eyebrow*

Young Boy (earnest): I know! But I am smart! I promise! Ummm, is your face OK?

Me (aghast): Excuse me? Are you questioning my face?

Me (peering at him closely): What’s that?

Young boy (glancing down at the black patch on his shirt): Ummm, it’s from the physicals. They stuck it on me.

Me (jabbing my pen in the air near his shoulder): Why does it say “E”?

Young boy (points to face): Ummm, they said there’s something wrong with my eye.

Me (apoplectic): ARE YOU TELLING ME YOU’RE NOT SMART *AND* YOU HAVE GLAUCOMA?

Me (feigning great irritation): Just give me your passport! What’s your name and where are you from?

Young boy (pounds on chest): I Giovanni. I from Italy!

Me (ignoring him): Are you married?

Young boy (proudly): Oh! I know this one! Nope. I’m not married.

Me (demanding): Why not?

*big awkward pause while I continue to stare at him*

Me: I said it was interesting, not right.

Me: What are you going to do in America?

Me: Pizza? Are you going to make me pizza?

Young boy (excited): I’ll make you all the pizza you want!

Me: You know it’s illegal to bribe an immigration official?

Young boy (flustered): Oh! Sorry! I won’t make you pizza. Can you just forget I said that?

Me: I don’t forget anything. What’s your name again?

Young boy (not getting it): Ummm, Giovanni?

Me: Are you threatening me, young man?

Young boy (discombobulated): No ma’am! No! I meant money! I changed my mind. I want to be a banker. Can I be a banker?

Me (staring at him, squinting and thinking really hard): Hmmmmmmmm.

Me (grabbing a certificate and signing my name with a flourish): Congratulations. Welcome to America. Go stand over there. NEXT! 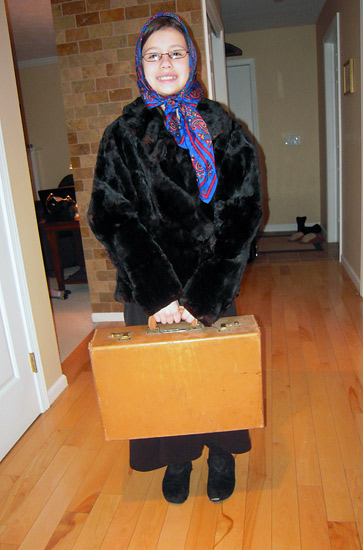 She’s a twenty-five year old immigrant from Sweden. Her husband and child were waiting for her in America. She wanted to be a teacher. She barely passed her citizenship test. And during her psychological assessment, she was diagnosed with mental deficiencies. There was a joke in there somewhere but I was too nice to find it. Oh, and she was a wee bit sassy during her final review.

She was fortunate. Her best friend, twenty-five year old Clare Abercrombie, was also diagnosed with mental deficiencies but was denied entrance entirely and instructed to report to the departure area post haste for a return trip to Ireland.

(Disclaimer: there were no feelings hurt in the Ellis Island simulation on behalf of any immigrants. No detained or rejected immigrants were traumatized or required therapy. The same cannot be said for certain hormonal, uptight, high-strung, guilt-ridden volunteers who should not be placed in positions of power again until they complete a twelve step program.)