It’s prom! Which is kind of like a wedding but without the bride, groom and church. And vows. Well, except for the one about celibacy, of course.

Up until recently, Zoe was wearing a onsie, crawling around my Tupperware cupboard, drooling over my spatulas and strategically planning her next diaper blowout to coincide with the exact moment I discover I’m out of Huggies and patience. 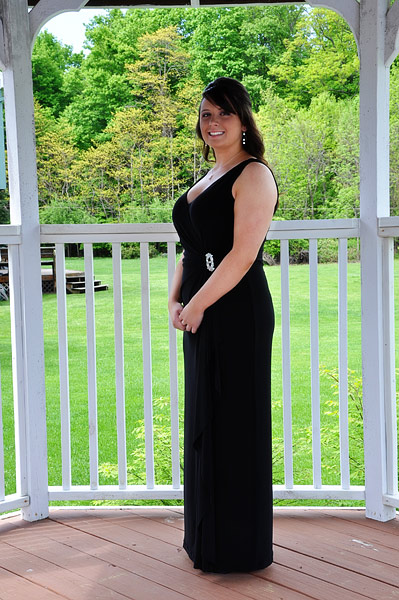 And I’m off the deep end.

But only in my head!

Where, truth be told, there is no shallow end to begin with. 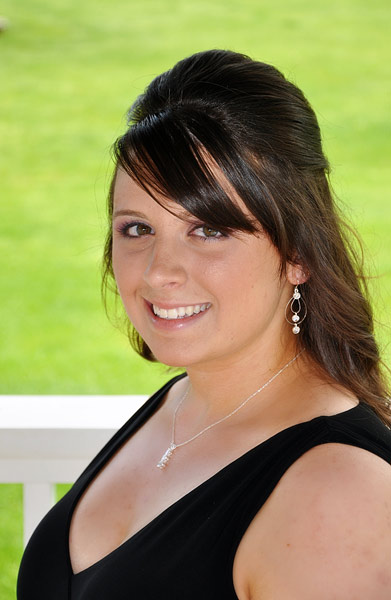 She looked so beautiful and grown up and sophisticated. Very va-va-voomy, as one person put it on Facebook.

I cannot believe I made her with my own two hands! And a few other spare parts. 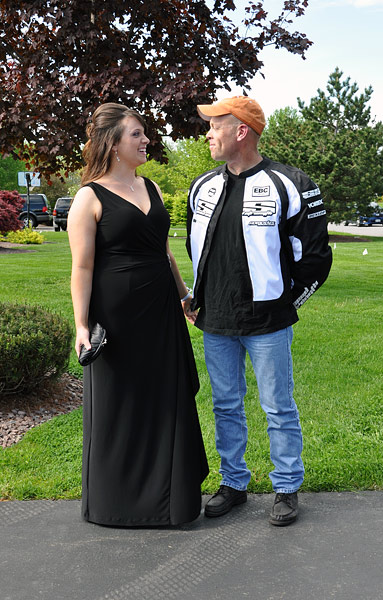 Plus a little help from her dad, of course. I’m willing to share the credit!

Even though I did most of the hard work.

Unless he’s got stretch marks, a withered uterus and a pubic scar I don’t know about? 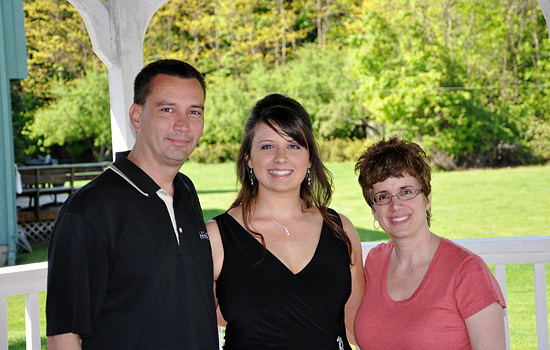 When you marry a man who is 6’2″ and have a daughter who is taller than you and then wears five inch heels, you are destined to be chopped off at the boobs in group photos.

It’s a miserable fact of life.

But looking as if an anxiety-ridden, baby gorilla is jumping on your head? That’s totally on you. 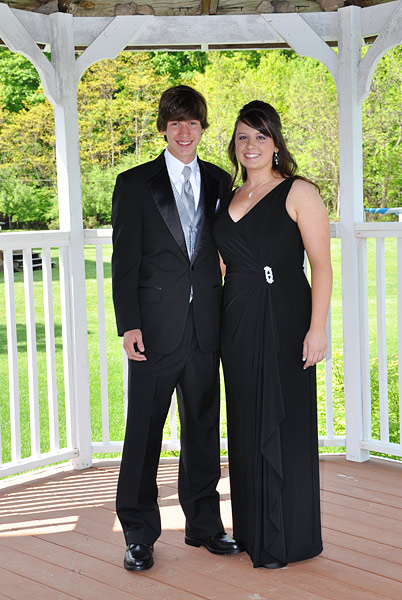 Zoe went to prom with her good friend Alex, who looked both adorable and handsome and not at all like the chew toy Oliver assumes him to be when he comes over to go swimming.

We locked Oliver in the laundry room because I didn’t think Alex felt like explaining to the tuxedo shop manager why he was returning a pair of dress pants that had a seven pound furry piranha nicknamed Fang dangling off them. 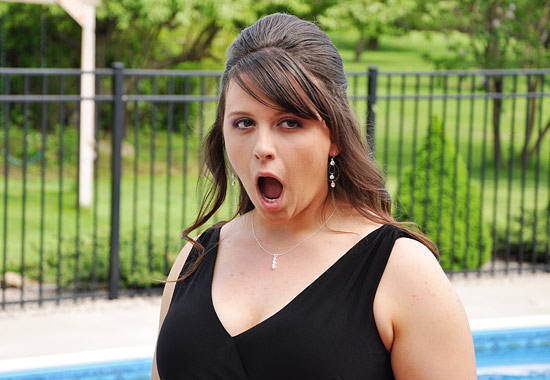 This is mime for CAN WE STOP TAKING PICTURES NOW? MY SMILE HAS A HERNIA. 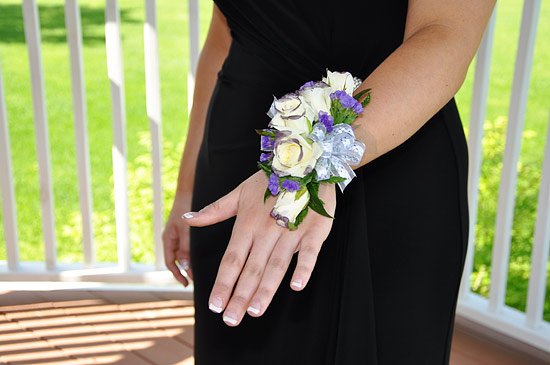 Alex did a great job with the flowers, didn’t he?

It’s customary for the boy to get the girl a corsage and the girl to get the boy a boutonniere.

And for the girls to wear long dresses.

There’s also a rumor going around that it’s customary for moms to lie awake at night, hoping that their daughters remember at least one of the many discussions they had about sex and consequences and wishing that their daughters were still wearing onsies and crawling through Tupperware cupboards and drooling on spatulas and planning inconvenient diaper blowouts.

But you didn’t hear that from me as I am not a gossip monger. 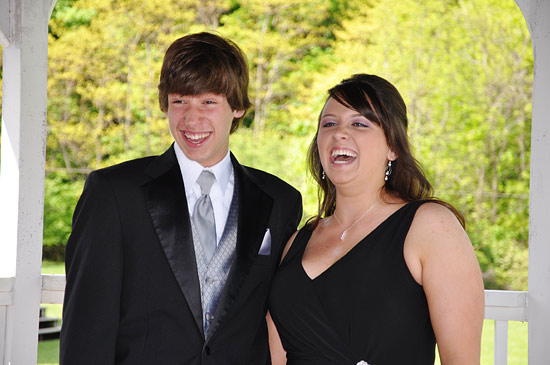 One of my favorite shots of the day!

I can’t believe this is the same girl who, when younger, had to be begged, bribed and cajoled into showing any emotion whatsoever so we could determine what she was feeling at any given moment. Was she miserable? Ecstatic? Conscious? 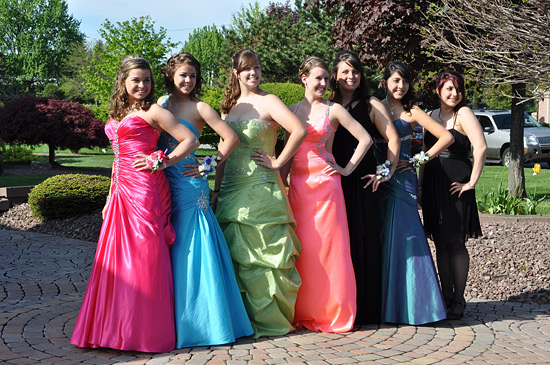 After the photo shoot at our house, we drove over to Zoe’s friend’s house where we took pictures of the girls … 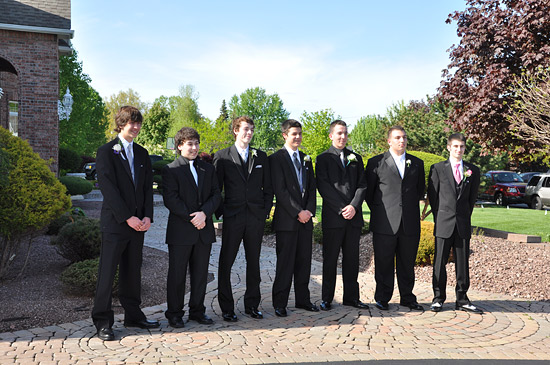 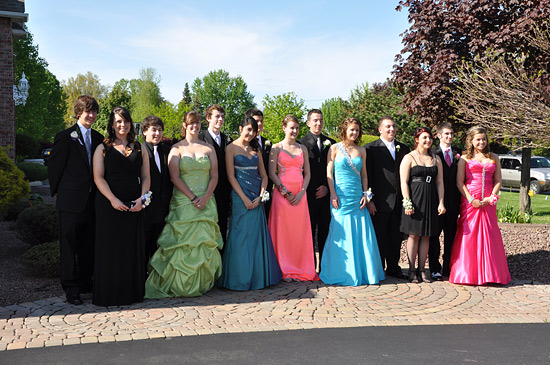 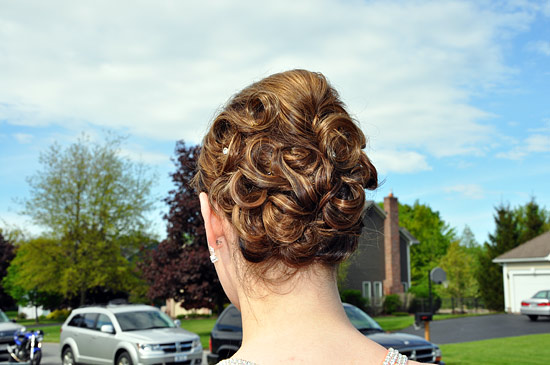 And the hair that we would sell our left ovary for … 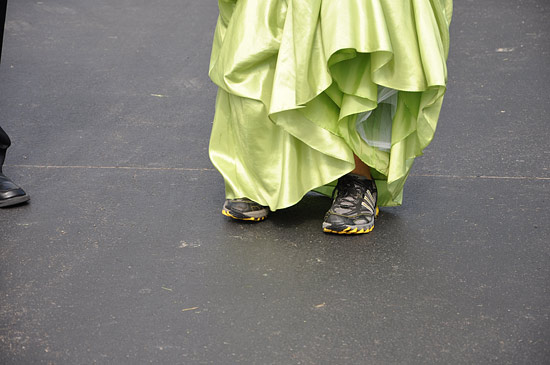 And the fun, sensible and quirky choice of footwear. 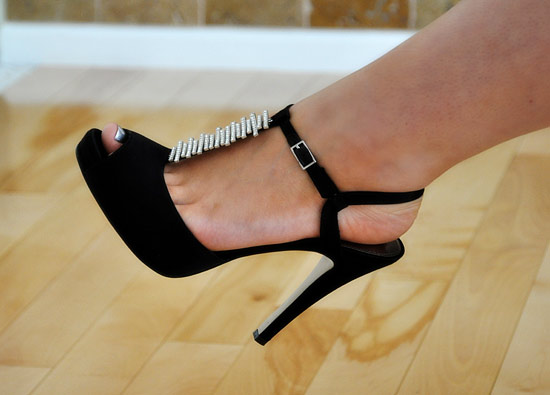 You know, as opposed to the five inch high lunacy worn by someone who has no business being anywhere around stilettos because her uncoordinated DNA has already caused her to suffer so many broken legs, arms, wrists, fingers, tailbones and ankles over the years that her mother suggested one Halloween that she hot glue all her old casts to her body and go trick-or-treating as an accident waiting to happen.

Which is all good and fine except … and how do I say this delicately … who gives a flying shit? Because, hello?

JUST LOOK AT THEM.

Lunatic fringe or not, I covet these shoes. I covet them more than I covet gorilla-less hair or pictorial essays of myself with a complete set of boobs or even my 24 inch waist that went AWOL over twenty years ago.

Who needs a stupid tiny waist when your feet are busy having orgasms? 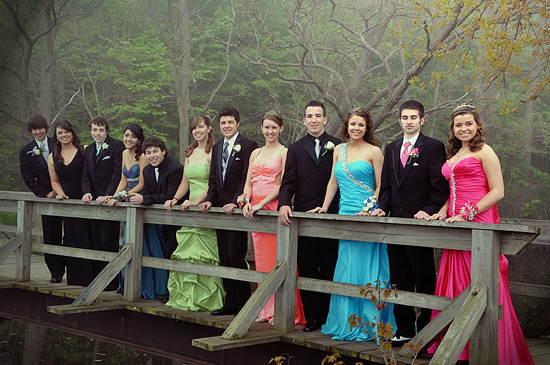 After Zoe’s friend’s house, the kids decided to go to the lake for some more pictures, something I was all over since I had only taken 200 pictures by that point, falling far short of my typical eleventy billion and thirteen that I usually take for any given occasion.

The limo wasn’t due for awhile so we had a caravan of cars driving to the lake. The fog was rolling in, visibility was poor and the road was twisty and turny and riddled with confused, suicidal turtles. The situation was quickly turning grim and everyone was tense and worried and the texts soon started flying back and forth between all the cars, with all the girls asking the one question they dared not speak out loud lest they tempt fate: OMG, DO YOU THINK THE HUMIDITY WILL KILL MY HAIR? 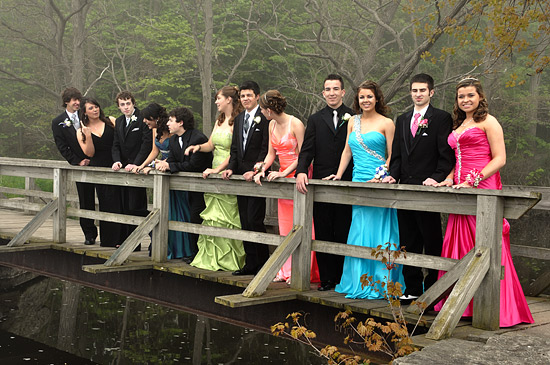 The hair survived just fine. And despite all appearances to the contrary, Zoe is not flipping anyone the bird here. That’s her pointer finger.

Except not really. Because I tend to point with my middle finger.

But only in the general direction of morons in parking lots. 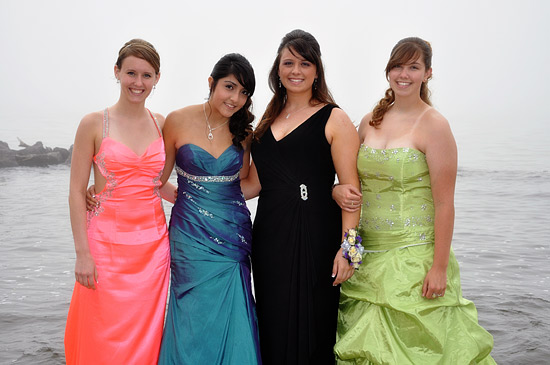 I’m so glad Zoe has such a great group of friends. 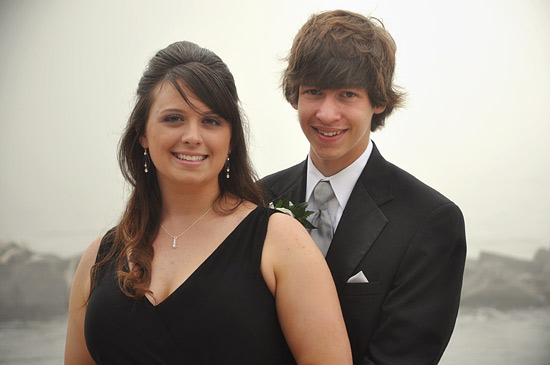 And that she chose a dress and a date that perfectly suited her. 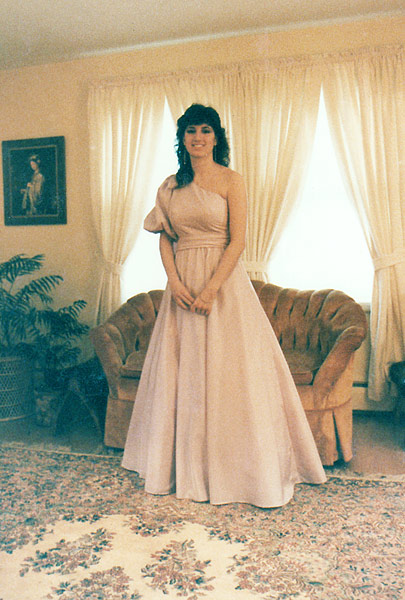 Because I was completely without voom, having chosen a dress that I hated which required a strapless bra that I hated even more because it came with a built-in identity crisis that made it think it was a girdle. And I also chose a date who came with an identity crisis of his own in that he thought he was all that and a bag of chips who was going to get lucky that night.

So … unlike mother, unlike daughter.

Which is sometimes a very good thing.

23 thoughts on “It’s prom! Which is kind of like a wedding but without the bride, groom and church. And vows. Well, except for the one about celibacy, of course.”