While we were down in North Carolina visiting my parents, we decided to take a day trip to Myrtle Beach. It was a two and a half hour drive from my parents’ house and even though I detest driving longer than thirty minutes at a time, I took charge of the wheel and let everyone else sleep during the ride.

Just call me a thoughtful and courteous human being! With a husband who had a headache and a teenager whose learner’s permit was only valid in New York and a ten year old who can’t drive anything but me to drink.

Or you can just call me a martyr and get it over with already!

We got there about half-past WHO’S THE IDIOT WHO FORGOT THE SNACKS? I’M STARVING so we bought lunch before we did anything else because while Helena couldn’t wait to dive into the ocean, I couldn’t wait to dive into a low calorie turkey burger without a bun so I could pretend it was a quadruple cheeseburger dripping with grease, fat and angioplasty. 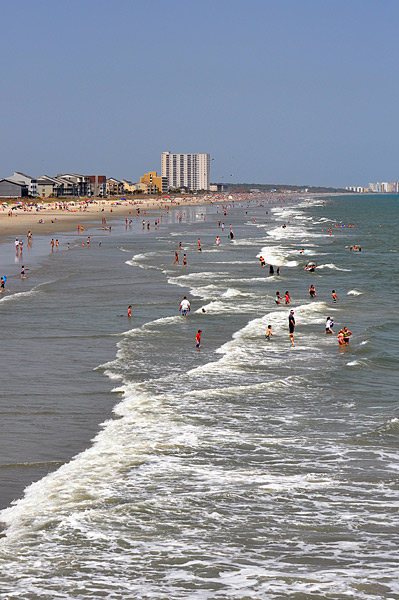 Then we hit the beach. 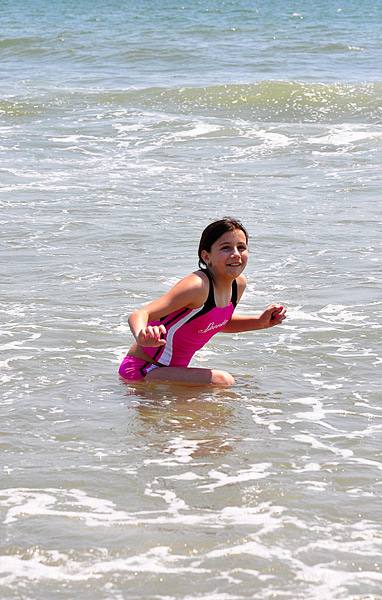 And by hit the beach, I mean one of us gingerly touched her bottom to the ocean and shrieked IT’S C-C-C-C-COLD before throwing caution to the wind and flinging herself into the frigid water while two others collapsed onto beach towels in a desperate attempt to soak up as much skin cancer as possible and the last one waded into the water up to her ankles to take this shot, only to regret it moments later when a small wave pushed half the ocean’s contents up her legs, past her underwear and straight into her hoo ha, giving her what amounted to a massive salt water douche that could potentially kill sperm from ten years ago.

This is your lot in life when you are built like an Oompa Loompa.

I bet my fallopian tubes are still peppered with tiny sea shells and look like those little macaroni necklaces kids make for Mother’s Day in preschool.

Nothing says I Love You Mommy like some blinged out reproductive organs hanging around your neck! 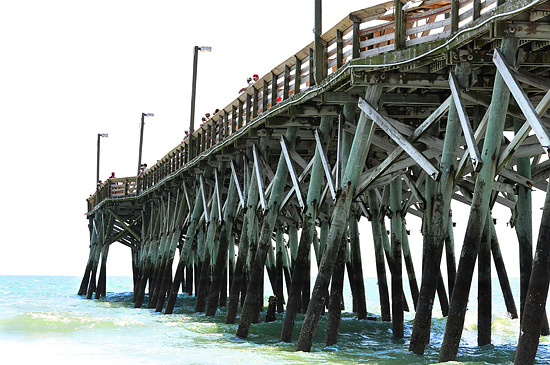 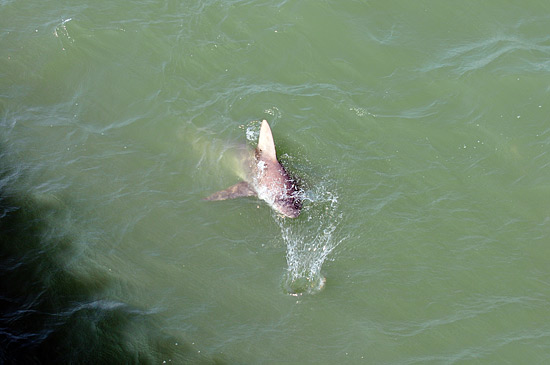 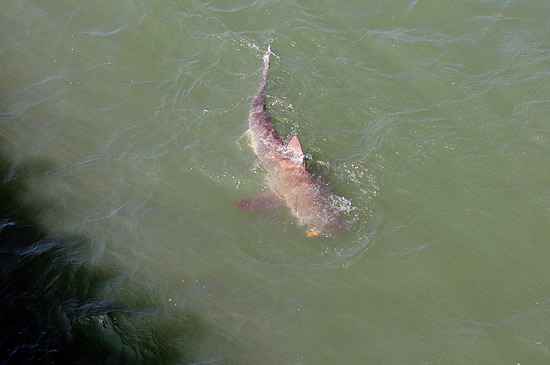 The squeal may have come from one or both of my kids. I’m not sure. I was busy having a small myocardial infarction. 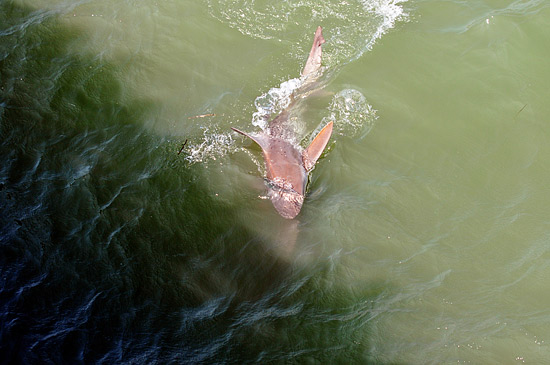 Don’t ask me who because I have no idea.

Don’t ask my kids either. 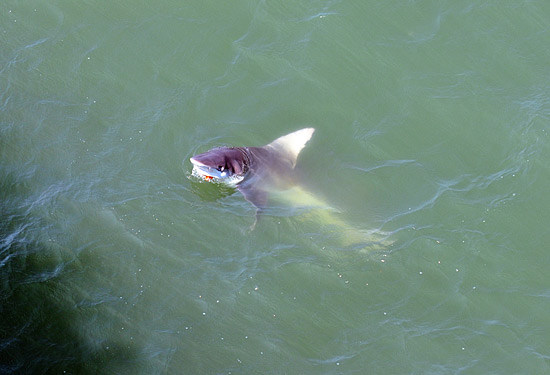 I can’t tell you what happened next because I was too busy grabbing Nate and the girls and pinning them to the deck with my body while screaming WE’RE GONNA NEED A BIGGER BOAT and frantically looking about for a scuba tank that I could shove into the shark’s mouth and shoot with a rifle to blow the monster to bloody smithereens.

Why don’t piers come equipped with scuba tanks and rifles and Valium for just these situations?

And by the way, wouldn’t this whole premise make an awesome movie?

I should write a script. I’d make millions!

And then maybe I’ll invent the VCR and make zillions! Bajillions, even! 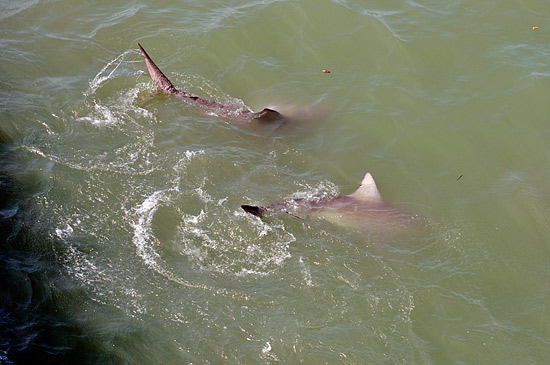 Thanks to the tourists standing to our left who were busy tossing their homemade chum concoction of leftover hamburger and crab cake and stupidity into the water with as much splashing as possible, our friend was soon joined by three of his friends.

I’d have gotten a photo of all of them thrashing and frolicking about but I may or may not have been passed out at the time. At the very least, I was traumatized by the thought of how close we came to becoming chum ourselves had one of us not had the presence of mind to exit the water, jump into menopause and demand an ice cream on the pier to ward off a long, slow, painful death by hot flash.

You know, as opposed to a short, quick painful death by Jaws and Company.

Who knew schizophrenic hormones could be so fortuitous?

Who knew I knew how to use big words like fortuitous? 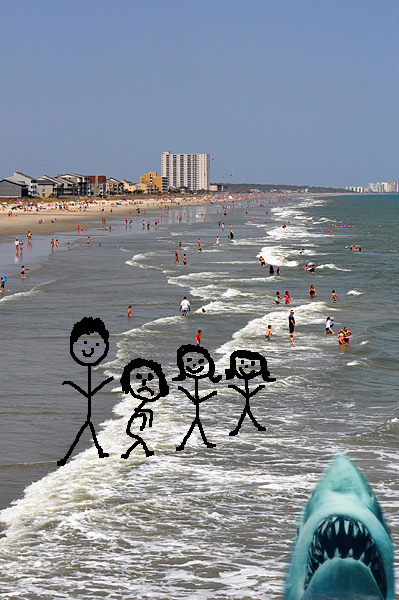 A visual, to give you a rough idea as to how close we came to our own immortality.

In case you couldn’t tell, I’m the one with the mad Photoshop skilz!

And freakishly short legs atop a sopping wet, invisible wedgie.