At precisely 3:00 p.m., this past Sunday, our dryer decided to audition for every single role in the Broadway show Stomp. Simultaneously. In surround sound. After three minutes, it developed sudden onset narcolepsy and still hasn’t woken up.

By 3:15 p.m., we were at Lowes, looking at dryers that had no musical aspirations or sleep disorders. Then we looked at washers as well because our own had begun exhibiting signs of multiple personality disorder in that sometimes it was a washing machine and sometimes it was a ginormous, toothless mouth that treated a load of laundry like a jawbreaker, rolling it around and sucking on it long enough to remove its bright colors and all its flavors before spitting out its saliva-saturated carcass.

I affectionately referred to our washer and dryer by such endearments as “DUMB” and “DUMBER” when I was in a good mood and “F&CK” and “YOU” when I wasn’t.

By 3:45 p.m.,, I had discovered that I had lost the ability to read because it turned out that the signs hanging above the washers and dryers which I thought advertised “We’ll call our competitors for their prices while you wait!” actually advertised “NO WE WON’T. BECAUSE WE’RE BIG, FAT LIARS AND YOU ARE LITTLE IMPOTENT CONSUMERS.” I realized this phenomenon after two salesman declined to call another local appliance store for me. I marched over to Nate and asked him whether I should complain, who should I complain to and whether or not we had time for me to pitch a full-on hissy by the Samsung display and still get home by dinner time but he wasn’t listening because he was too busy calling the local appliance store for price comparisons. So in a sense, he was doing their job and not getting paid for it. And believe you me, we could have used that money so that we could throw it right back into Lowes’ collective face to pay for F&CK and YOU’s replacements.

I would have asked Nate to stop the slave labor gig long enough to witness the spectacle I was about to make of myself but he shoved the phone into my hand because he’s allergic to conversation with faceless strangers and then I was too busy asking the local appliance store rep for price comparisons because it turns out that it’s surprisingly easy to do other peoples’ jobs and not get paid for it, especially when you’re distracted by things like steam options, RPMs and inconspicuously feeling yourself up underneath your coat to determine if your bra had somehow unhinged itself or maybe you completely forgot to put one on before rushing out the door to cure your narcoleptic dryer and do other peoples’ jobs without getting paid for it. By the time I got off the phone, my boobs were askew and I had forgotten all about the hissy because it’s really hard to concentrate on anything when your mammary glands are flying willy nilly.

By 4:00 p.m., I had arrived at that prime piece of mental real estate located at the corner of Analyze and Paralyze and for those of you who want to accomplish a similar feat in record time, I suggest you do the following:

By 4:30 p.m., I knew everything I ever wanted to know about front load washers and dryers, to wit:

You’d think I’d be ecstatically happy to have a new washer and dryer and if we had won the mega millions last week like I told Nate to make sure we did, I’d be jumping for joy but as it turned out, some old couple won the mega millions and will probably buy new outfits and underwear every day for the rest of their lives and won’t even need a front loading washer or dryer and I suppose I can take heart in the fact that they’re pretty old and probably won’t live much longer so they won’t end up buying *that* many outfits but honestly, that makes me sound like a heartless bitch when in reality, I’m simply just jealous and bitter.

So when it comes to getting a spankin’ brand new, shiny, sexified washer and dryer, I’m not so much ecstatically happy as I am CLOTHES ARE OVERRATED. LET’S MOVE TO A NUDIST COLONY WHERE EVERYONE IS BLIND. 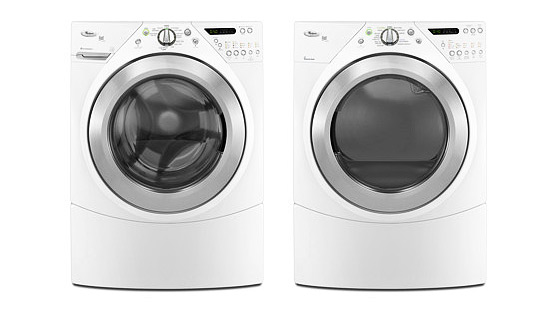