Weekend regurgitation: At least this one comes with a warranty and won’t vomit down my shirt

This weekend, we celebrated Mother’s Day a week early by welcoming a new member into our family. I feel like a brand new mama all over again, minus the engorged boobs and discombobulated bladder.

I brought her home and plopped her down on the kitchen table and just as I had done with Zoe and then Helena and finally Oliver when they were shiny newborns, I stared at her lovingly and frantically thought, What the hell am I supposed to do with it now? 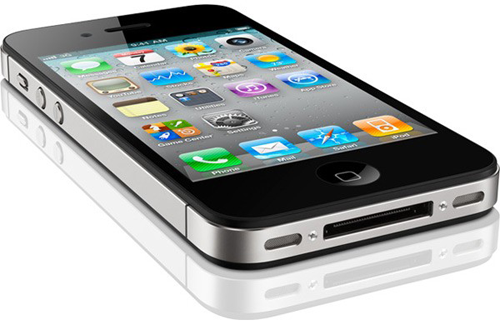 Everyone calls her the Verizon iPhone 4 but I’m going to call her LuLu Belle because ever since I was young girl living in Hilton where cow tipping was considered an Olympic sport second only to getting pregnant on back country roads, I always said that if I ever had a cow myself, I would name it LuLuBelle because that sounds like a happy albeit slightly mentally challenged heifer, don’t you think? so, after plunking down more money than I ever thought I would plunk just so I can check my email on the fly, I pretty much had a cow in the Verizon parking lot and then I named her LuLubelle.

According to my kids, I must now feed her a steady diet of apps, starting with stuff called Angry Birds and Fruit Ninja and Words with Friends and they’ve even offered to babysit my little LuLu 24/7.

I leave you with the post I wrote over two years ago, when I was just starting to learn how to text. I’m happy to say I’ve improved muchly since then and text quite a bit now, although I still tend to text with emotion and I still use an overabundance of exclamation points and I still use correct punctuation and my thumbs are still rendered immobile by laughter and if I text you with What would you like for dinner tonight? Pasta? Chicken? That beef you liked last week? I KNOW!!! How about lasagna? With a salad and some garlic bread? OH, AND WAIT UNTIL I TELL YOU WHAT HAPPENED TO ME TODAY!!  So, what do you feel like eating tonight? and you text me back with “Dunno,” I will still break your thumbs and glue them to your elbows.

Here’s the 411 on text messaging in our house

I don’t like writing abbreviated code, much less reading it. By the time I figure out that CU L8R means “see you later” and “NETHING” means “anything” I could have been on the next sentence already. Maybe even the next paragraph, depending on whether I cleaned my glasses and took my ginkgo biloba that morning.

But I live with two people who love to text.

Nate, because he suffers from constipation of the mouth and thinks uttering the words “negative” and “affirmative” and “say again” constitute actual conversation.

And so, whether I like it or not, texting has become a standard method of communication in our house. And while I don’t necessarily love the idea (hence, the “like it or not” phrase above – try to keep up) I have gotten used to it.

But as with everything else, I have had to lay down some rules to keep order in this house. Because I am all about order.

My rules, in no particular order, because they are all equally and vitally important and carry the same penalty of death or immediate dismemberment upon the slightest infraction:

That pretty much covers it.

10 thoughts on “Weekend regurgitation: At least this one comes with a warranty and won’t vomit down my shirt”