Weekend regurgitation: I tried to live out loud once but the world kept hitting the mute button

Just a quick reminder: Today is your last chance to enter my $100 Harry Mason Shopping Spree giveaway. Everyone who enters gets a prize! Click that link and enter by 5pm eastern and give yourself an eargasm for Valentine’s Day!

Once upon a time, I used to be a paper scrapbooker who transitioned into a digital scrapbooker. I downloaded photos from my digital cameras and used Photoshop to transform them into something amazing and then I designed pages around them and either turned them into hardbound books or printed them out and inserted them into albums. It was my hope that each time my kids would flip through their memories, both paper and digital, they would be reminded that their lives do not, in fact, suck and the most fun they ever had was not, in fact, spent as a fetus.

Then I turned my fun hobby into a business and watched all the joy disappear and the creativity get sucked out of my head, leaving my brain a shriveled up raisin floating in gray matter. And then I stopped scrapbooking altogether.

That was 27,366 digital photos ago. I’ve made a decision to start scrapping them digitally again, even if it takes me fifty years and I wind up at the pearly gates yelling YOU PEOPLE BETTER HAVE AN AWESOME DSL CONNECTION AND MEAL PLAN OR I WANT MY MONEY BACK. AND WHAT’S WITH THE WINGS? THEY’RE ITCHY.

I leave you with a post I wrote last year about a moment that I managed to capture forever. Only 27,365 left to go.

I am in the process of moving 250 gigabytes of my hard drive over to my brand spanking new laptop and when I say “I” I totally mean Nate because that’s how we roll around here. I move Heaven and Earth and Nate moves furniture and data. 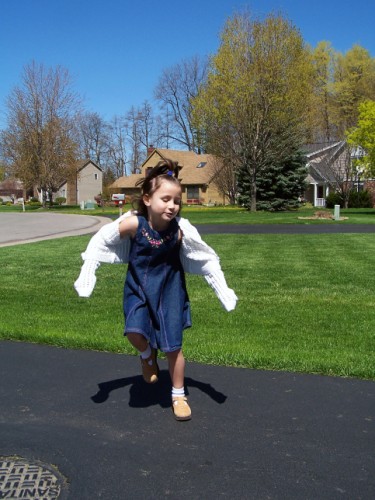 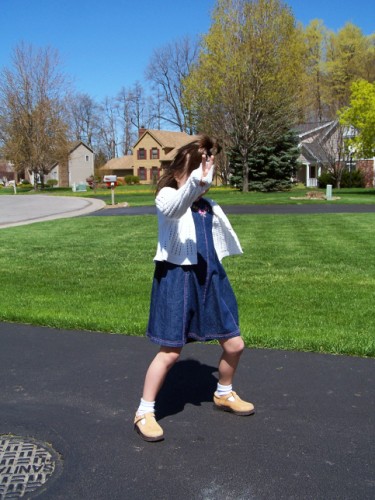 Once upon a time, that little extrovert liked to dance in the driveway to music only she could hear. 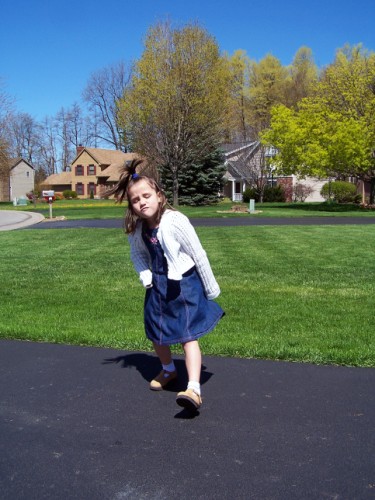 Once upon a time, her mom did the same exact thing but found out speedy quick that it’s only considered cute when you’re six and wearing Mary Janes with ankle socks. When you’re forty-ish and wearing faded aqua leggings from the eighties because your purple tye-dye sweats are dirty, it’s considered a psychotic break. 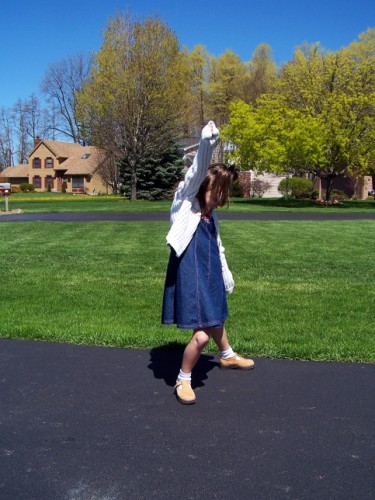 Once upon a time, I strived to impart upon this little rocker wannabe all the wisdom I had gained during my own youth, a big chunk of which was spent ogling John “Tony Manero” Travolta in Saturday Night Fever. 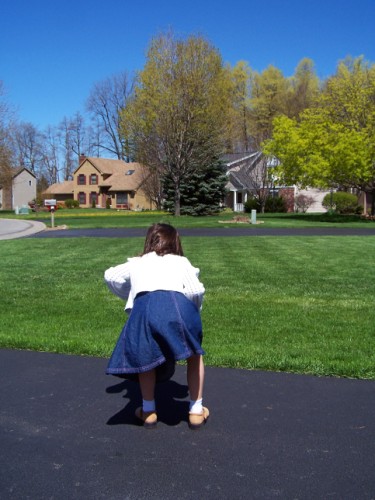 Once upon a time, she showed me how she shook her badonkadonk.

And I told her in no uncertain terms that she did not have a badonkadonk because, according to the Big Book of Mom, good little girls have bottoms, fannies and/or tushies but they most certainly do not have badonkadonks.

You don’t get a badonkadonk until you go to college and sneak into The Vital and go head to head against a hockey player in a game of beerpong which you ultimately win, immediately after which you and your badonkadonk burn up the dance floor to I Wonder If I Take You Home by Lisa Lisa and Cult Jam which turns out to be oddly prophetic.

I didn’t tell her that part. 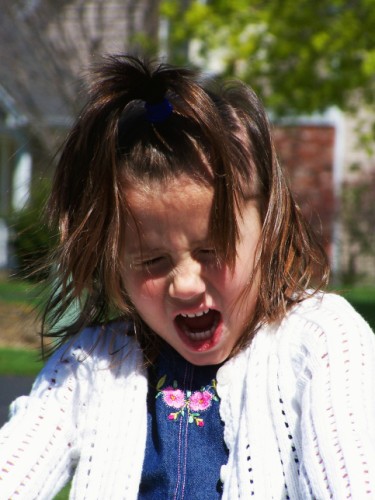 Once upon a time, I was simultaneously stunned and relieved to discover the extent to which my baby was going to be an enthusiastic participant in life.

And once upon a time, long before I became a blogger, back when I was a digital scrapbooker and had my shit together and not only took photos but also the time to write the stories behind them in an effort to document our family’s life, I managed to capture this particular moment forever. 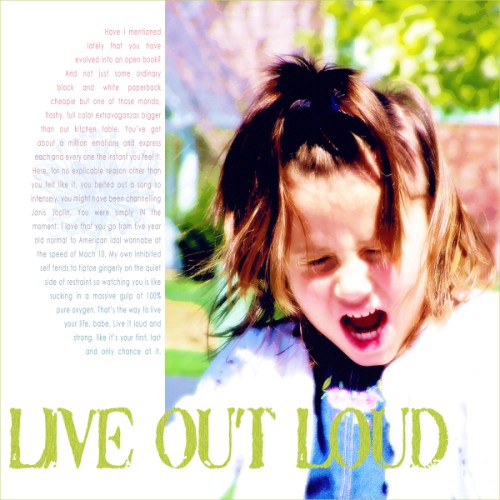 Have I mentioned lately that you have evolved into an open book? And not just some ordinary black and white paperback cheapie but one of those mondo, flashy, full color extravaganzas bigger than our kitchen table. You’ve got about a million emotions and express each and every one the instant you feel it. Here, for no explicable reason other than you felt like it, you belted out a song so intensely, you might have been channeling Janis Joplin. You were simply IN the moment. I love that you go from five year old normal to American Idol wannabe at the speed of Mach 10. My own inhibited self tends to tiptoe gingerly on the quiet side of restraint so watching you is like sucking in a massive gulp of 100% pure oxygen. That’s the way to live your life, babe. Live it loud and strong, like it’s your first, last and only chance at it.

11 thoughts on “Weekend regurgitation: I tried to live out loud once but the world kept hitting the mute button”